CONVERSATION ON THE TOPIC “TO WHAT EXTENT DOES MONTENEGRO TODAY LIVE THE VALUES OF ADMIRAL BAROVIĆ?”

On the occasion of the upcoming anniversary of the death of Admiral Vladimir Barović, the Civic Alliance is organizing a discussion with Minister of Foreign Affairs Ranko Krivokapić and State Prosecutor Vukas Radonjić on the topic: “To what extent does Montenegro today live the values ​​of Admiral Barović?”.

The discussion will take place on Wednesday, 28 September at 12:00 in the premises of the Information and Documentation Center, and it will be broadcast live on our Facebook page and YouTube channel. The reason for the discussion is the 31st anniversary of the death of Montenegrin Admiral Barović, who committed suicide on 29 September 1991 after refusing an order to bomb coastal cities in Croatia. In his farewell letter, he wrote, among other things, that he decided to die an honorable death “because he did not want to wage war against the fraternal Croatian people”, thus opposing the aggression of the JNA against Croatia. For him, such act was contrary to Montenegrin honor because “Montenegrins cannot fight and destroy a people who have done nothing wrong to them”.

We wish to remind the public of this heroic act, but also to start a dialogue about the process of dealing with the past in Montenegro and try to answer where we stand now in terms of the prosecution of war crimes committed during the 90s in Montenegro. 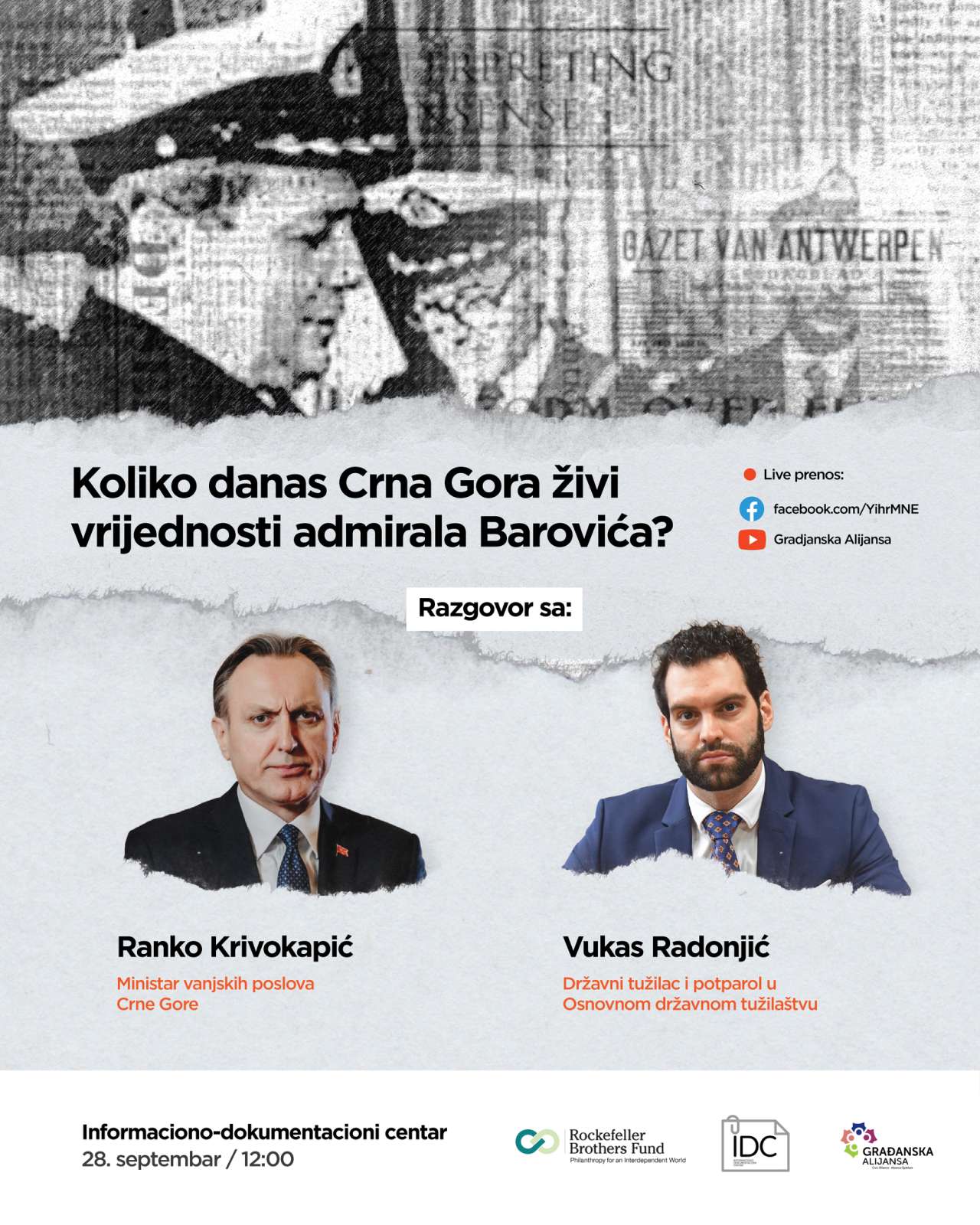