On the occasion of the International Day in Support of Victims of Torture, on 27 June 2022, the Civic Alliance successfully held a conference on “Challenges of Montenegro in Negotiating Chapters 23 and 24” and presented the Report within the project “Transparent and effective judiciary for efficient negotiations in Chapters 23 and 24”, implemented with the support of the Embassy of the Kingdom of Norway in Belgrade and the Balkan Trust for Democracy.
Ms. Danijela Đurović, President of the Parliament of Montenegro, opened the conference by stating that the state authorities have a great responsibility to tackle the challenges when it comes to efficient investigations and the rule of law. She emphasized that in order to build a better society, many cases of torture and war crimes that have not been sufficiently investigated need to get an epilogue in court. The Minister of Justice, Mr. Marko Kovač, said that despite the reforms in certain areas of the judicial system, there is still room for progress. The conference participants were then greeted by His Excellency the Ambassador of France to Montenegro, Mr. Christian Timonius. In addition, Mr. Milan Radović, Program Director of the Civic Alliance, and Mr. Stefan Almehagen Sandstad from the Royal Embassy of Norway, also spoke during the introductory part.

The conference continued with Panel I: The Rule of Law and European Integration. Speakers at Panel I were Ms. Valentina Pavličić, Representative of Montenegro before the ECtHR, Mr. Bojan Zeković, State Secretary at the Ministry of Justice and Mr. Vukas Radonjić, Special State Prosecutor. Ms. Pavličić emphasized that Montenegro is not the only country where abuse and torture occur, but that the approach to this problem must change, i.e. that specialized actions must be taken in order to prosecute those responsible for these acts and protect victims. Mr. Zeković commented on the importance of determining individual responsibility in cases of abuse so that the image of an individual would not spill over to the entire institution. Furthermore, Mr. Radonjić pointed out that the state prosecutor’s office is a body responsible for prosecution rather than identification of suspects, and therefore solidarity among perpetrators who are state officials presents a problem for the work of this office. 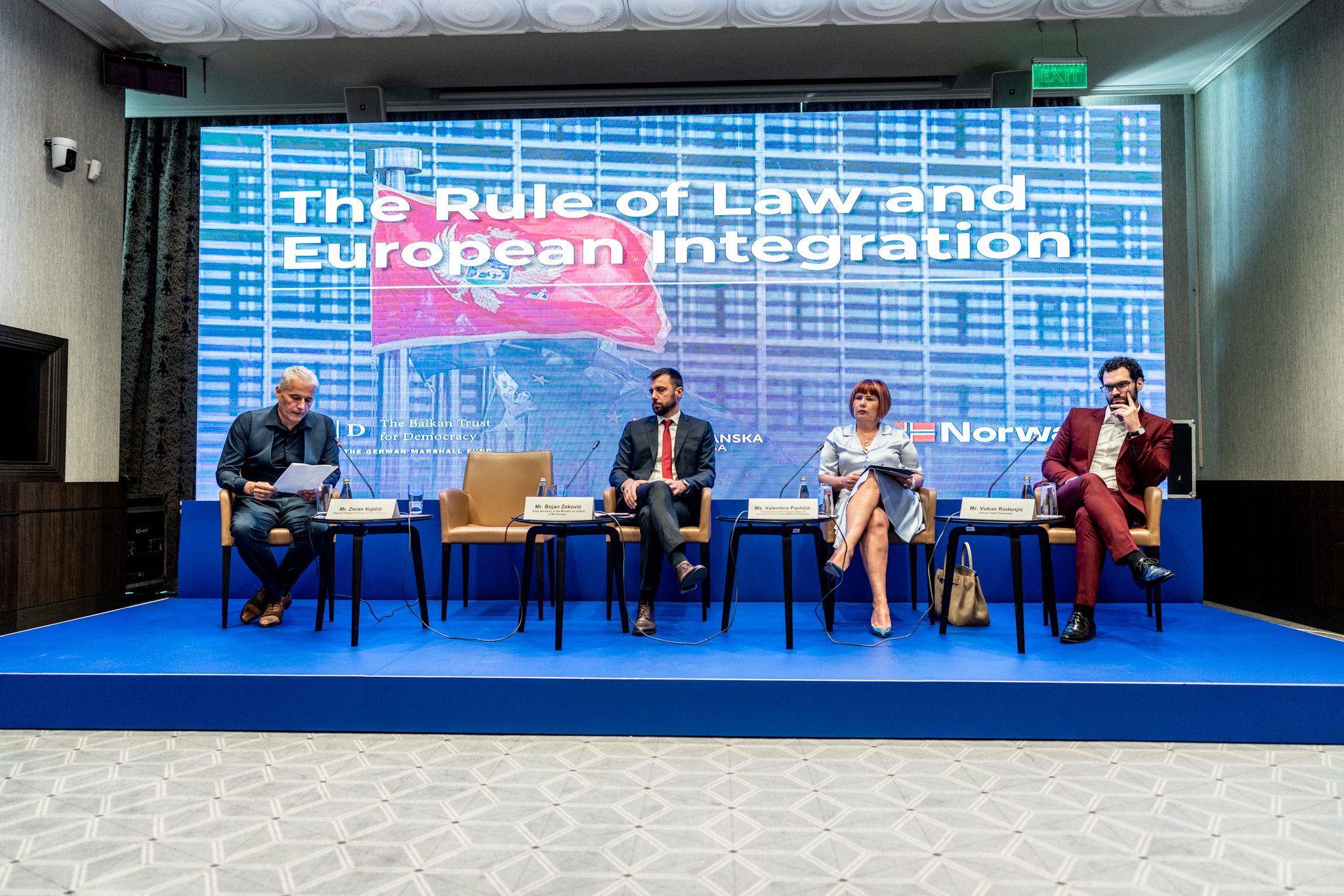 At Panel II: Human Rights and European Integration, Mr. Zoran Vujičić, Deputy Program Director of the Civic Alliance, presented the conclusions and recommendations of the Report on Human Rights in Closed Institutions in Montenegro related to the Police Directorate, the Directorate for the Execution of Criminal Sanctions (UIKS), the Ministry of Health and the Special Hospital for Psychiatry – Kotor, as well as the centers for the reception of foreigners in Spuž and Božaj. Regarding the recommendations to the Police Directorate, those that refer to almost all the police stations covered by monitoring concern the introduction of the possibility to rewind videos from detention facilities, improving material conditions, consistent provision of information for detainees, improving personnel management strategy, etc. Also, a recommendation was given to take urgent measures to identify and determine the responsibility of police officers, who in 2020 exceeded their authority in relation to a minor at Nikšić Main Police Station.

The recommendations to the UIKS also mention the improvement of material conditions, especially with regard to the prevention of continuous violations of Article 3 of the ECHR. It is necessary and effective to investigate all allegations of ill-treatment, and to encourage prisoners and detainees to report violence. Furthermore, one of the recommendations refers to taking appropriate steps to ensure that sentences of juveniles who have been sentenced to a penitentiary-type educational institution be enforced in such an institution, instead of in prison. Several recommendations from the Report relate to improving health care, especially in the women’s ward.

Recommendations related to the two mentioned centers for the reception of foreigners concern the improvement of spatial capacities and material conditions, and the obligatory testing of foreigners for easily communicable diseases immediately upon admission. It is also necessary to remove the administrative barrier to expression of intent at the Spuž Center. 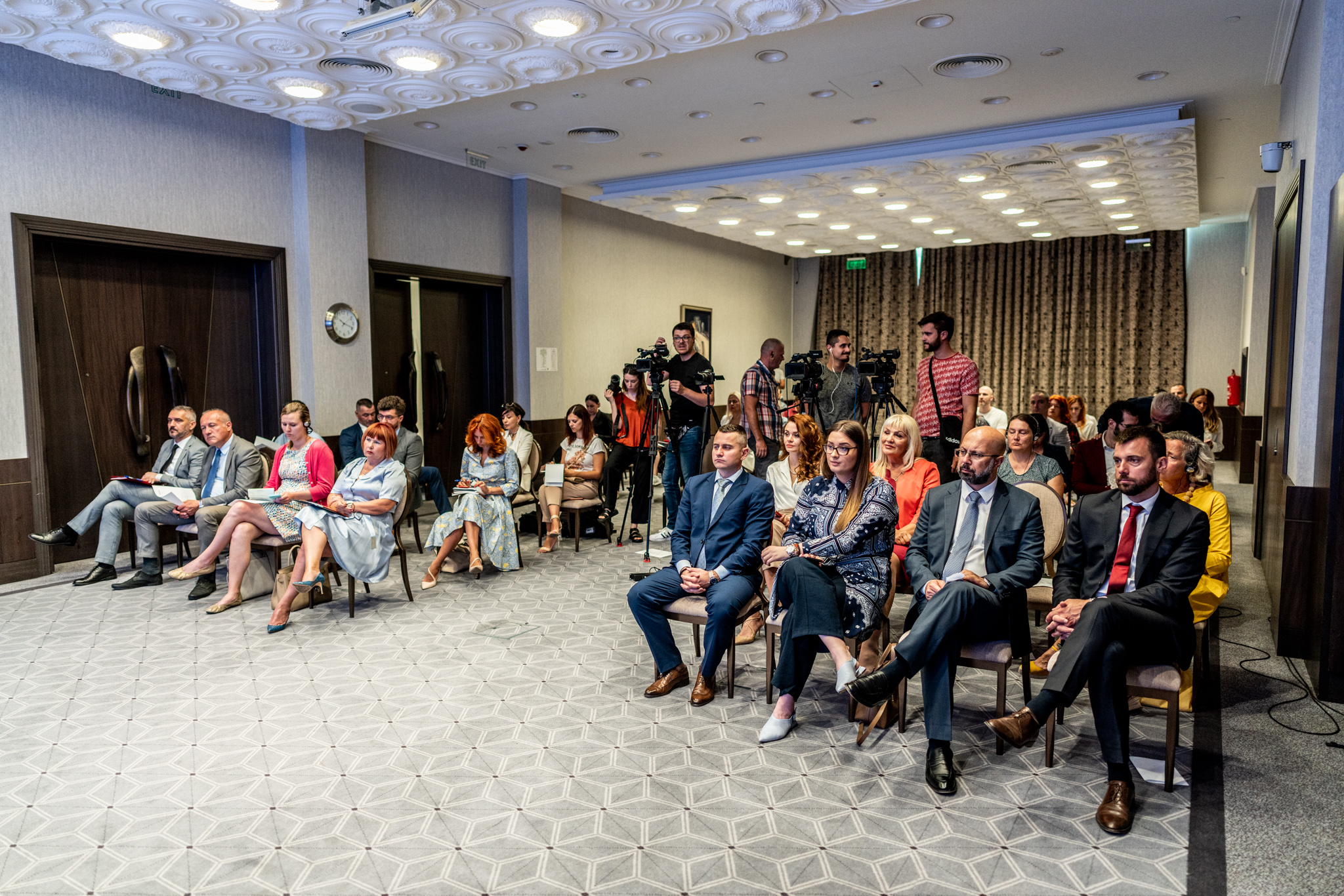 During Panel II, Mr. Zoran Brđanin, Director of the Police Directorate, sent a strong message that any form of abuse and torture is unacceptable, and that there is no justification for such acts. Nevertheless, he believes that the problem is systemic and that it should be resolved in such a manner. Mr. Nebojša Vučinić, professor at the Faculty of Law and a former judge of the ECtHR, reminded the participants that the best way to apply the law is precisely the sanction, i.e. punishment, but that it must be carried out impartially and without discrimination. The Director of UIKS, Mr. Rade Vojvodić, spoke mostly about the problem of hiring physicians, who due to lower incomes in this institution, and a larger volume of work, do not find motivation to work in UIKS. Finally, Ms. Mirjana Radović, Deputy Protector of Human Rights and Freedoms of Montenegro, pertaining to the presented conclusions and recommendations, found that despite frequent discussions on this topic, there seems to be no measurable result, which means that there was no progress in key areas.

At the very end of the conference, the panelists agreed that the fight against torture and ill-treatment, as well as impunity in such cases, should be essential and systemic, not just on paper.