MESSAGES OF ANTI-FASCISM HAVE DIFFICULTY REACHING A DIVIDED SOCIETY

For years, the Civic Alliance has been marking the International Day Against Fascism and Antisemitism, with the aim of publicly identifying problematic social trends regarding hate speech, political exclusivity and social discrimination, as well as the (in)ability of state institutions to respond to these emerging forms of fascism.
Unfortunately, our messages cannot be properly heard in the divided Montenegrin society, which avoids confronting the fascist patterns, reducing the focus of public polemics to sterile quasi-historical interpretations of the past or explosive conflicts between the deep-rooted national and clerical trenches. And while each of the blocs of the divided Montenegrin society portrays themselves as a victim of fascist practices and policies, placing the responsibility exclusively on the opposing side – the voices that indicate that the presence of fascist patterns do not coincide with political divisions recede into the background.

Public opinion surveys in recent years indicate an increase in hate speech and a weakening of positive trends regarding public support for anti-discrimination policies, while state institutions are continuously weakening in terms of coordination, efficiency and strategic approach. On the other hand, political and intellectual elites waste themselves in endless sterile debates that only further fuel social divisions, moving us away from the necessary consensus on the fight against fascist patterns and practices. 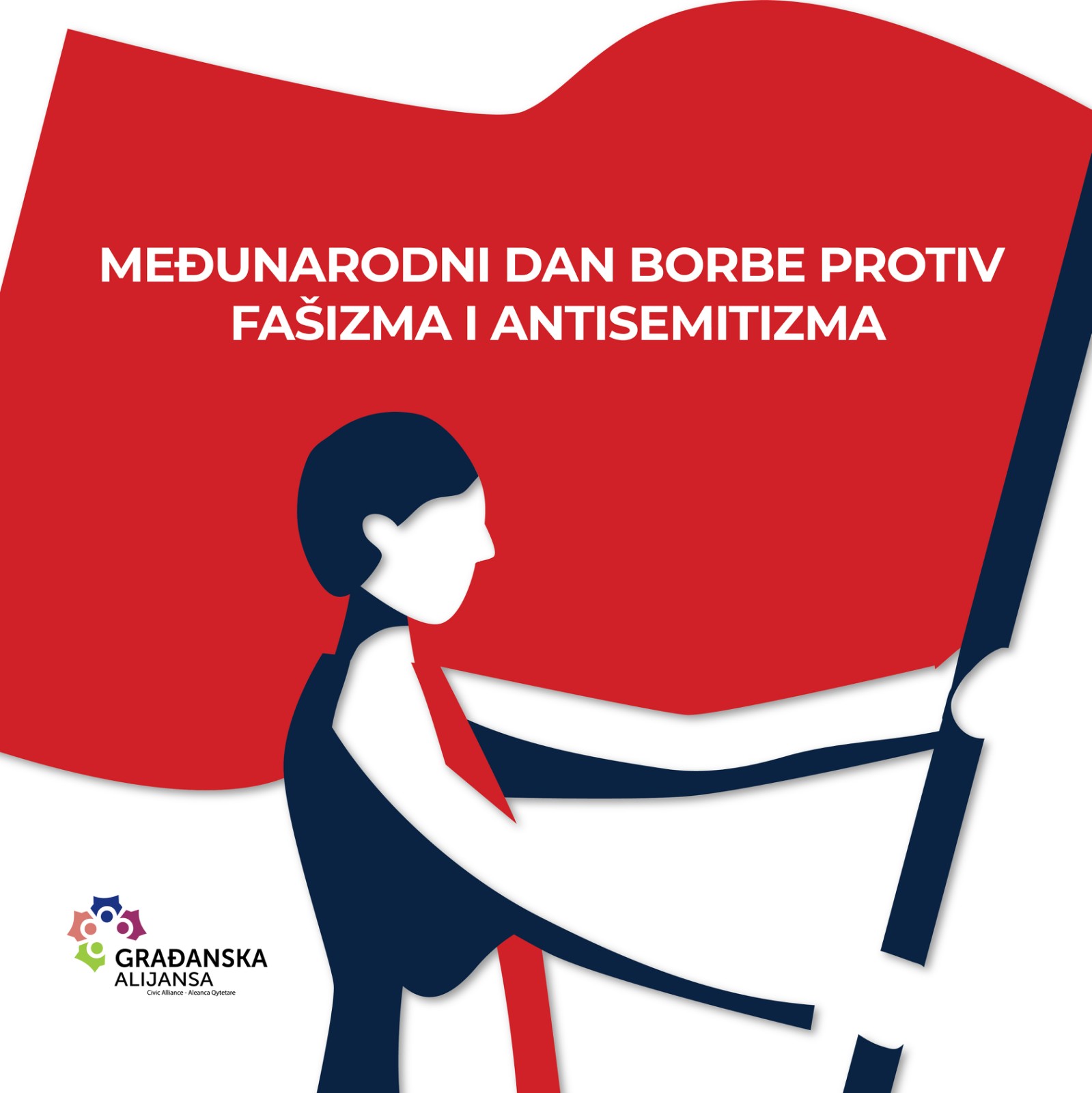 Consensus on these issues is one of the few topics that can unite divided social groups and political platforms. That is why representatives of the government and political parties must finally pull their heads out of the comfort of skillfully avoiding solving problems caused by various divisions, look reality in the eyes and take their share of responsibility and actively, and not just declaratively, participate in raising awareness of the importance of anti-fascist values.

On the occasion of marking the International Day Against Fascism and Antisemitism, the Civic Alliance has prepared a video to draw attention to the worrying narrative on the issue of division, and call for responsibility and action in order to build a better society oriented towards European values.